Seismic Safety and Resilience of Schools in Nepal 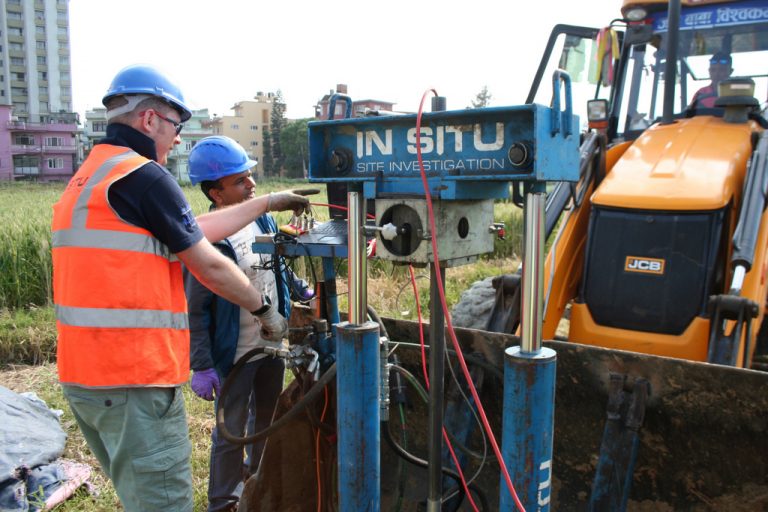 In April 2019, In Situ Site Investigation worked collaboratively with the University of Bristol who provided the project scope for geotechnical work in Nepal to complete seismic tests in Kathmandu. The SAFER Project (seismic safety and resilience of schools in Nepal) had previously undertaken geotechnical work in the region which had indicated a number of challenges. Therefore, In Situ offered in -kind support to complete the first seismic tests in the region in order to support this extremely valid project.

One of the main aims of the SAFER project is to develop a comprehensive scheme for enhancing the resilience of existing school buildings to earthquakes in Nepal. This followed the Mw 7.8 Gorkha earthquake that struck Kathmandu and the surrounding region on 25th of April 2015. The first work package of SAFER is relevant to improving understanding of the geological structure and seismic hazard, in turn feeding the further work packages of the project, including understanding seismic vulnerability and improvement of resilience through feedback to stakeholders and education communities.

As part of the SAFER project, the University of Bristol team supervised drilling of two boreholes in the Kathmandu Valley during April 2018. Routine in situ testing (such as SPTs) and index tests were carried out. The shear-wave velocity was measured in both boreholes, the first using P-S logging techniques, the second using micro-tremor. This GI work encountered soft clay and silt deposits which were difficult to recover with existing equipment and confirmed that the soils in the Kathmandu Valley are poorly characterised from a geotechnical perspective.

It is unknown whether CPT testing had been undertaken in Kathmandu previously and the relevant expertise and equipment was not known to be available. In Situ’s contribution enabled the project to undertake a supplementary investigation, providing use of their Cone Penetration Test (CPT) equipment including operator time. This additional investigation, undertaken in April 2019, incorporated both Static Piezocone Penetration Tests (CPTU) and Seismic CPTu Tests (SCPTU). This was undertaken using a portable CPT rig, at seven different sites tested in a 2-week period across the city.

Each site was selected on the basis of suitability from a geotechnical perspective. Much of the preliminary work was to gain permission to access parcels of land within and around Kathmandu City. Local knowledge was sought from the University of Bristol’s team member Dr. Rama Mohan Pokhrel to establish good working relationships with the nearby communities, workers and sometimes residents to ensure a safe working environment was established at each step of the site investigation.

There has been a long-term socioeconomic impact on the people and communities in Nepal following the 2015 earthquake and this impact remains apparent when talking to local people. The Nepalese people have an innate quality of offering help, many of the challenges were overcome by the offers of local people with no association with the project, but were on hand, when spares were needed for the rig or if other challenges arose which effected the continuity of the testing programme.

Increasing resilience for local communities in Nepal was at the heart of the research efforts. This involved collaboration with the National Society of Earthquake Technology – Nepal (NSET) an NGO that has been working towards earthquake risk management in Nepal since 1994. In the preliminary work, undertaken prior to mobilising the CPT equipment from the UK, planning and organisation of shipping was discussed with NSET. The local knowledge and involvement in this process enabled safe entry of the equipment into Nepal. Communication was maintained throughout each subsequent stage of the work.

The geotechnical team, led by the University of Bristol took steps to present their work at the NSET headquarters, sharing knowledge of the likely sites of geotechnical interest, and providing information on the benefits of using the equipment. Additionally, a meeting, describing the equipment to local earthquake engineers and structural engineers was undertaken by Darren Ward of In Situ Site Investigation during his time in Nepal overseeing the investigation. These meetings formed part of a stepwise plan to begin a new working relationship with the engineers working at NSET, and others in Nepal, to improve long-term resilience and sustainability. NSET has a long-term goal of feeding back information into communities to increase earthquake preparedness, and the contributions of the geotechnical campaign undertaken by In Situ will feed into this greater goal. Collaboration with these important partners made the geotechnical work possible.

The project marked the first seen use of the CPTU and SCPTU to derive shear-wave velocity measurements that the local stakeholders had encountered in their previous work in Nepal. The use of this equipment has the potential to greatly improve the understanding of seismic hazard currently realised for the region. Future projects could seek to collect further data and this project has helped to show that this is possible by determining early plans with the stakeholders and involving them throughout the project.

After engagement with NSET and a local Ground Investigation company (Earth Investigation and Solution Nepal Pvt. Ltd, Kathmandu), it is envisaged that this is the beginning of a new and on-going collaboration to introduce the use of CPTs to Nepal. The future plans for continued work would involve the training of engineers in the use of CPT equipment and hope for mobilisation of a rig full-time in Kathmandu. Implementation of this new knowledge will enable working engineers in Nepal to identify sites that may be at greater risk of earthquake shaking, in a way that is quicker to achieve than has been previously available. Multiple further visits to Nepal, for stakeholder engagement and to understand the current construction practices and challenges are proposed for the future. 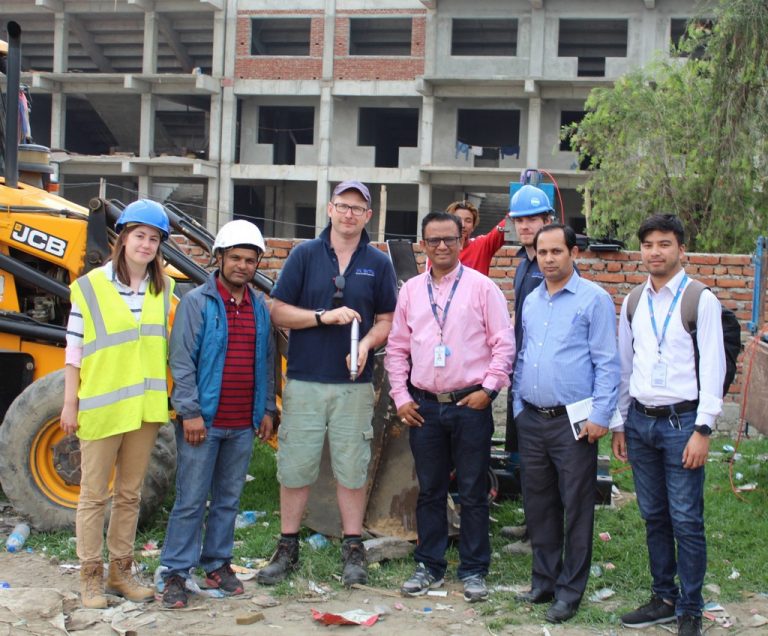 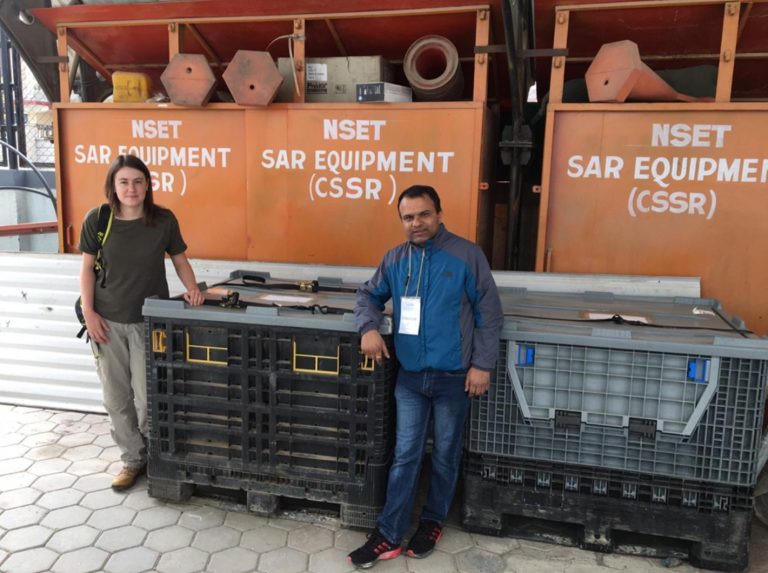