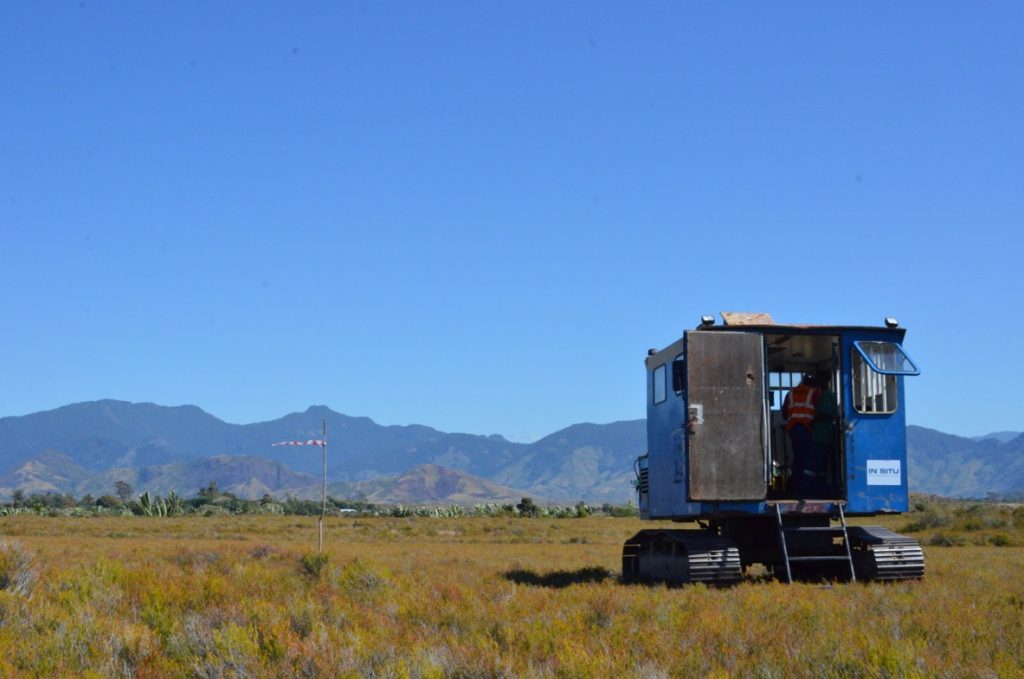 In the South Eastern area of Madagascar, In Situ carried out a project for Rio Tinto close to the town of Fort Dauphin. The investigation was similar to another project we carried out in Mozambique where we were investigating the density of the high mineral content sands.

Over 200 CPT tests where planned in a wet subtropical swamp environment with dense vegetation. This project was completed using a 14 tonne tracked rig and testing was carried out to depths of up to 20m and more below ground level.

In areas of the project where access was limited due to the tough conditions, a system of portable rams was used to do the tests. The CPT tests provided valuable geotechnical information for the existing operational mining project.