CPTs on the rail for MML 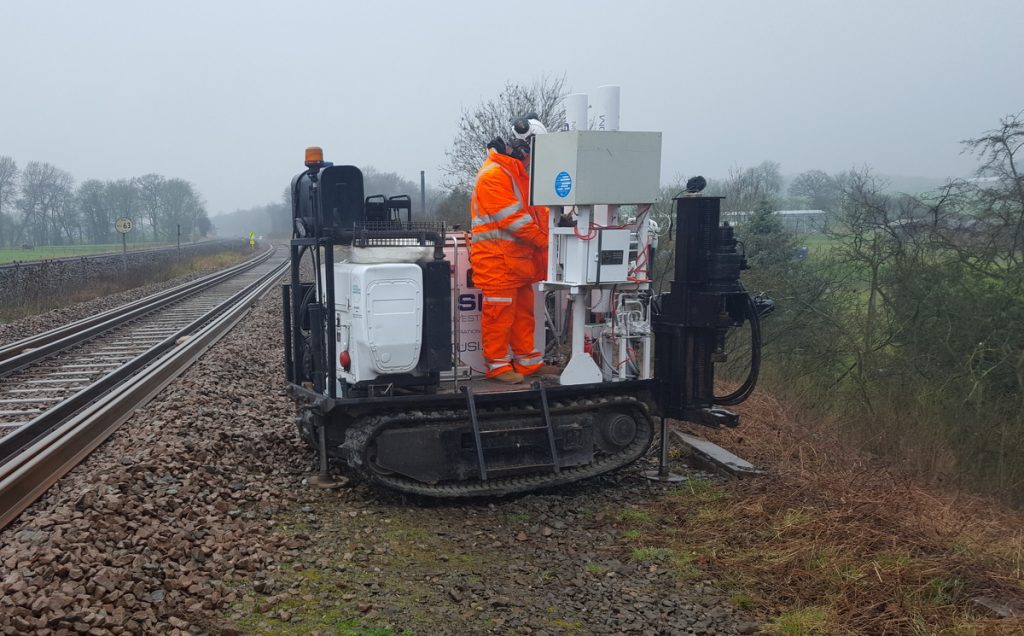 In Situ Site Investigation were asked to complete CPTs for the Midland Mainline (MML) improvement programme. The line, which runs from London St Pancras to Sheffield, via Bedford and Kettering, is due to become completely electrified, bridges and tunnels altered or rebuilt, and work will be carried out to remodel stations and carry out line speed improvements.

Enabling electric trains to operate on the full length of the MML will deliver numerous benefits including more seats, less track maintenance and faster trains. The work we have initially completed is for the foundations for the structures that will carry the overhead lines.

We completed CPTs over two night shifts and one day shift in North Bedford next to the track bed. The tests ranged from a depth of 6 metres to 10 metres hitting our target depth and beyond. The ground was comprised of 1.5 metres of gravel followed by soft clay.  The mini tracked rig (CPT003) was engaged for this project due to the rugged terrain and small area for testing between the track bed and the steep embankment. 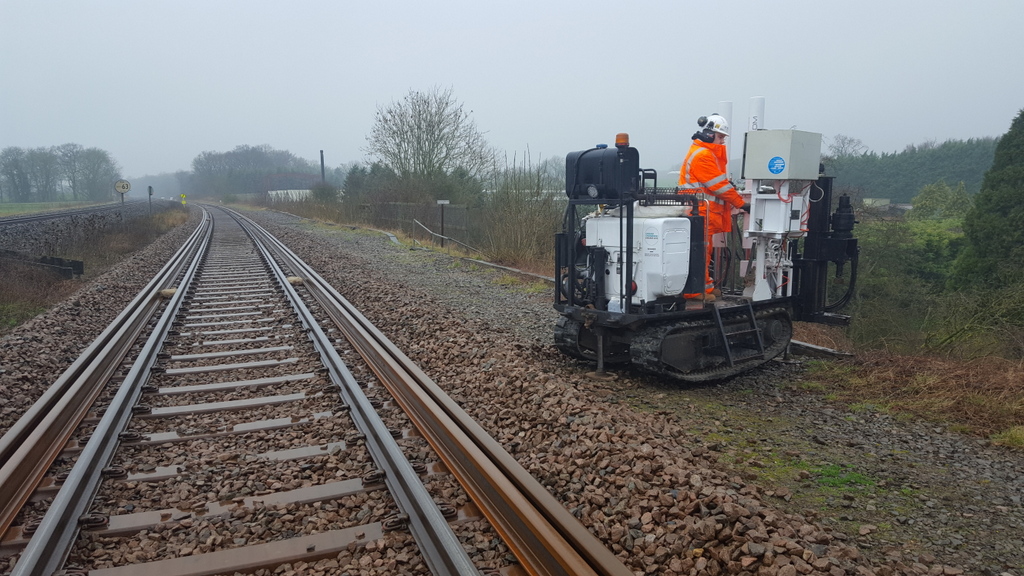