We completed an interesting two-day project in a car park in the centre of Gravesend, Kent. The area was due to be turned into flats. Initial investigation works which comprised of drilling had identified a void in the ground. Unsure what this soft area was and thought to potentially be an old tunnel, further site investigation was essential.

The decision to use CPTs for the next phase of the investigation was taken because CPTs are fast, the results are instantaneous and therefore, it was possible to direct the investigation as it went.  We commenced with an initial 3 metre grid for testing and were able to identify the soft ground within the void reaching 15m. We completed a second set of tests on the outer layer of the grid and were able to confirm the outline of the void when tests only reached 4-5 metres in the chalk.

The void was identified as being a well, not a tunnel as initially thought. Our client was saved the expense of further investigation by the results that our CPTs gave them; especially as we were able to direct the investigation on a test by test basis and identify the outer region of the soft ground within a small time frame. 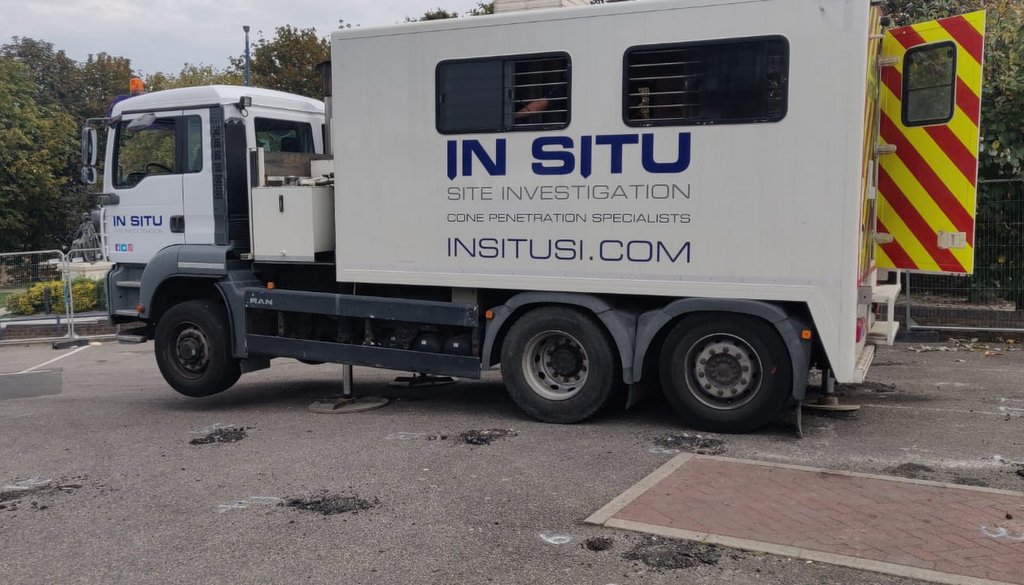