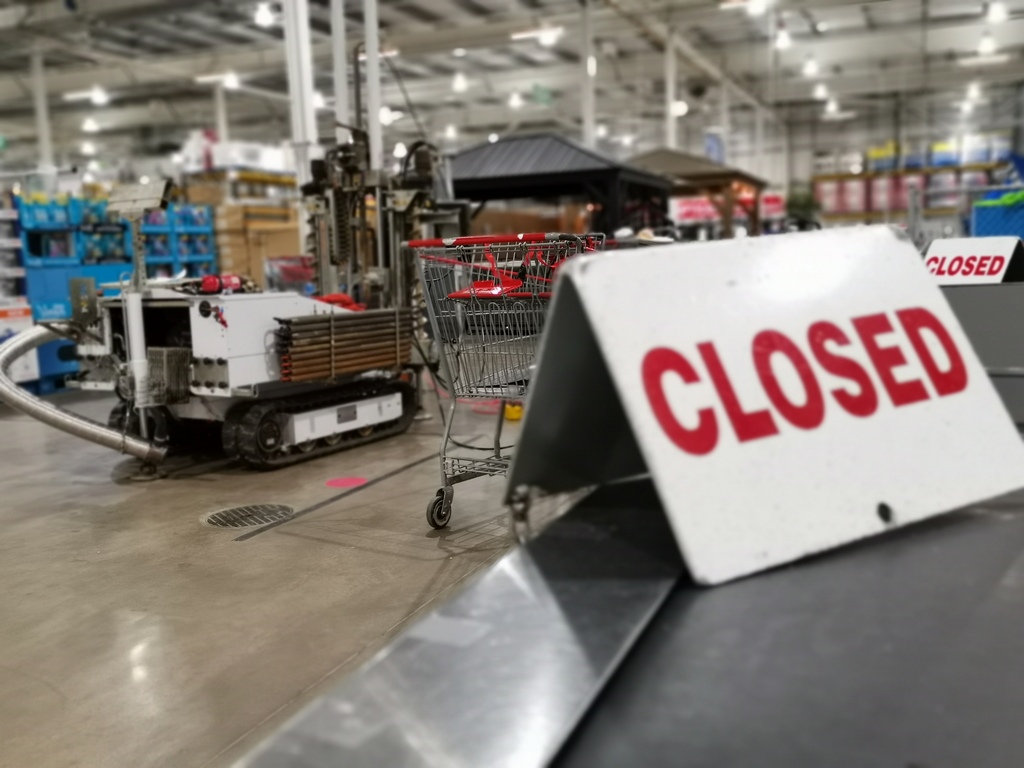 In Situ Site Investigation were asked to undertake an unusual project comprising of CPTs and cone pressuremeter tests based inside an existing Costco warehouse. A degree of subsidence had been noted inside the store where the concrete had cracked, causing concern and a need for geotechnical investigation. Some initial drilling had already been carried out, however, supplementary CPTs were required within the soft alluvium soil near the surface in order to establish more detailed parameters beneath the concrete slab flooring.

A total of seven positions were carried out across three night shifts. The warehouse was still in constant use, so the works had to be carried out at night in order to have as little impact as possible on the store’s usual operations. Our 1.5 tonne CPT tracked crawler rig, ‘Paolo’ was ideal for this indoor project due to its small size, making it easy to manoeuvre inside where accessibility was restricted. ‘Paolo’ fitted nicely between the aisles and check out areas and for each test and was bolted to the concrete slab flooring in order to provide the required reaction force for testing. This rig is also fitted with a special filter to reduce fume emissions down to almost zero, which is essential when working indoors.

Tests went to the expected depth of approximately 4.5m and proved the ground to be initially firm becoming soft alluvial sediments above gravels. We completed one night of tests using our cone pressuremeter which enabled us to identify the in situ stiffness of the alluvial material. A further two nights saw us complete CPTs which allowed us to map out the geotechnical properties in order to profile the material. 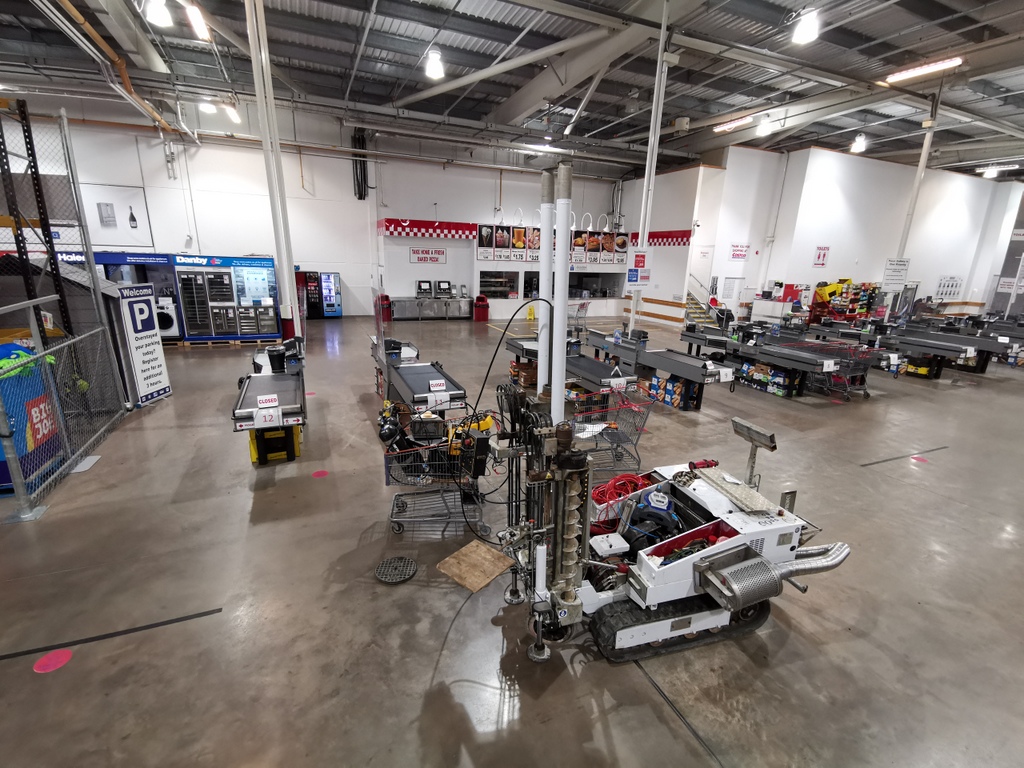