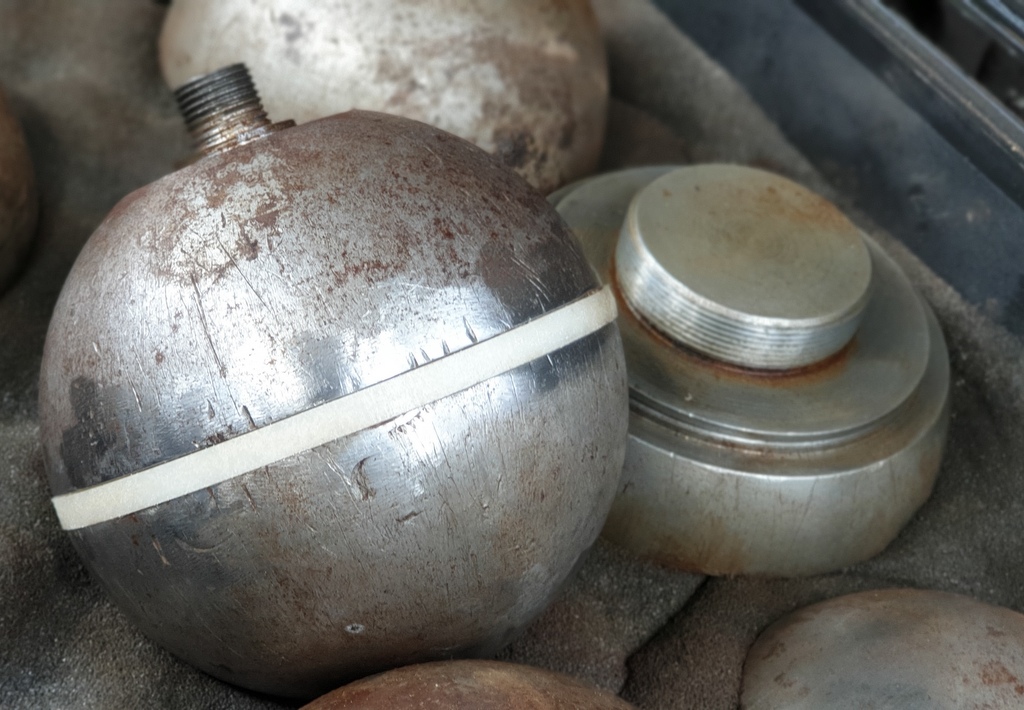 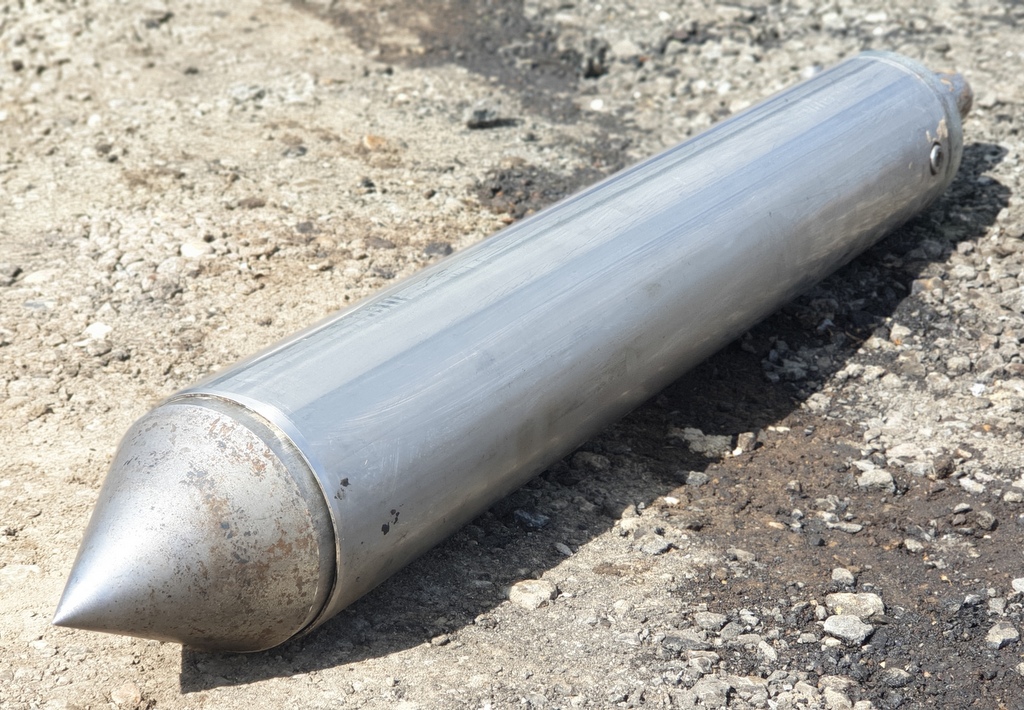 We have a selection of CPT cones for additional testing such as: 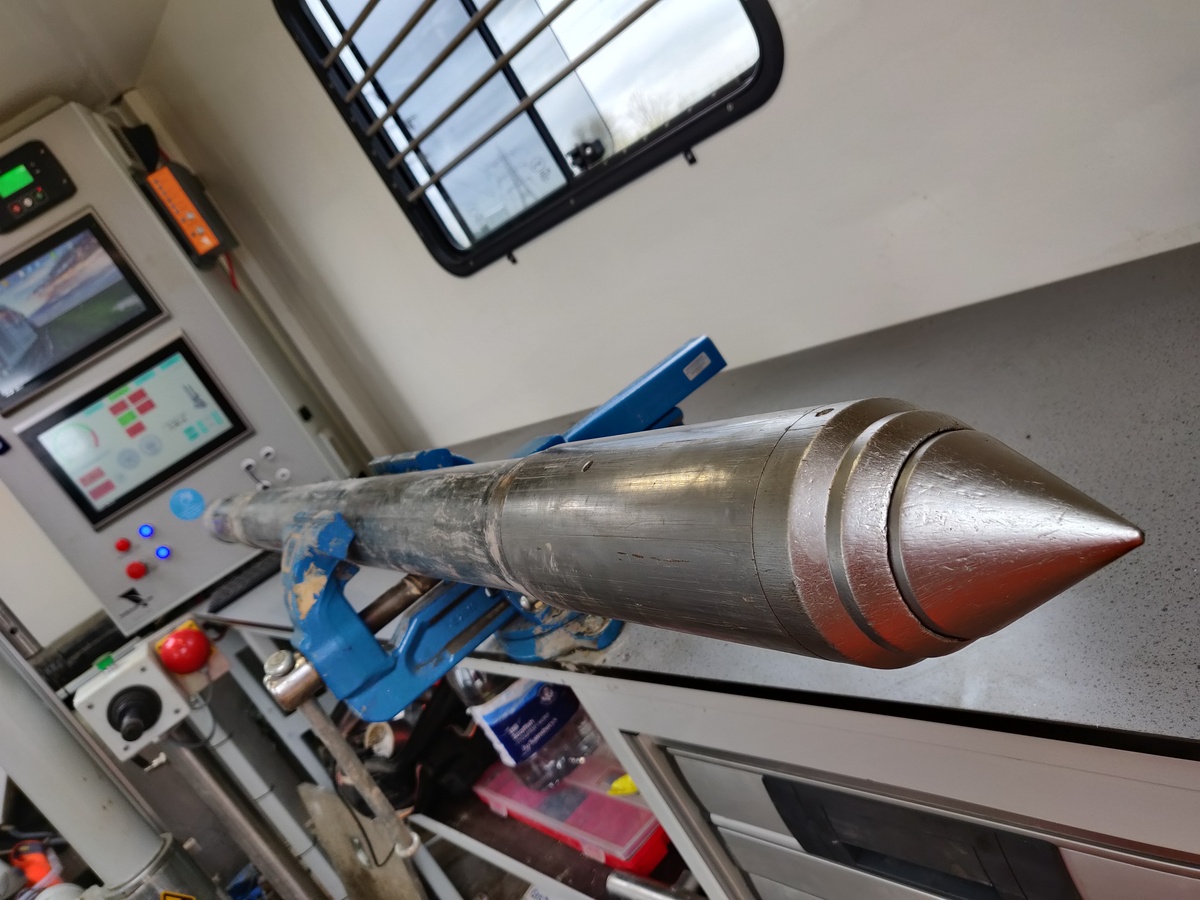 The main advantage of this system is the ability to take samples at discreet depths. The system is pushed in to the ground with the cone tip in place. When the depth of the required sample is reached a ‘fishing tool’ is lowered down, releasing the cone tip to reveal the cutting shoe. The system is then pushed a further meter in order to take the sample.

The sampler goes inside a stockinet (to reduce the side friction) and then inside a plastic sample tube and it takes a 1m long 65mm sample. 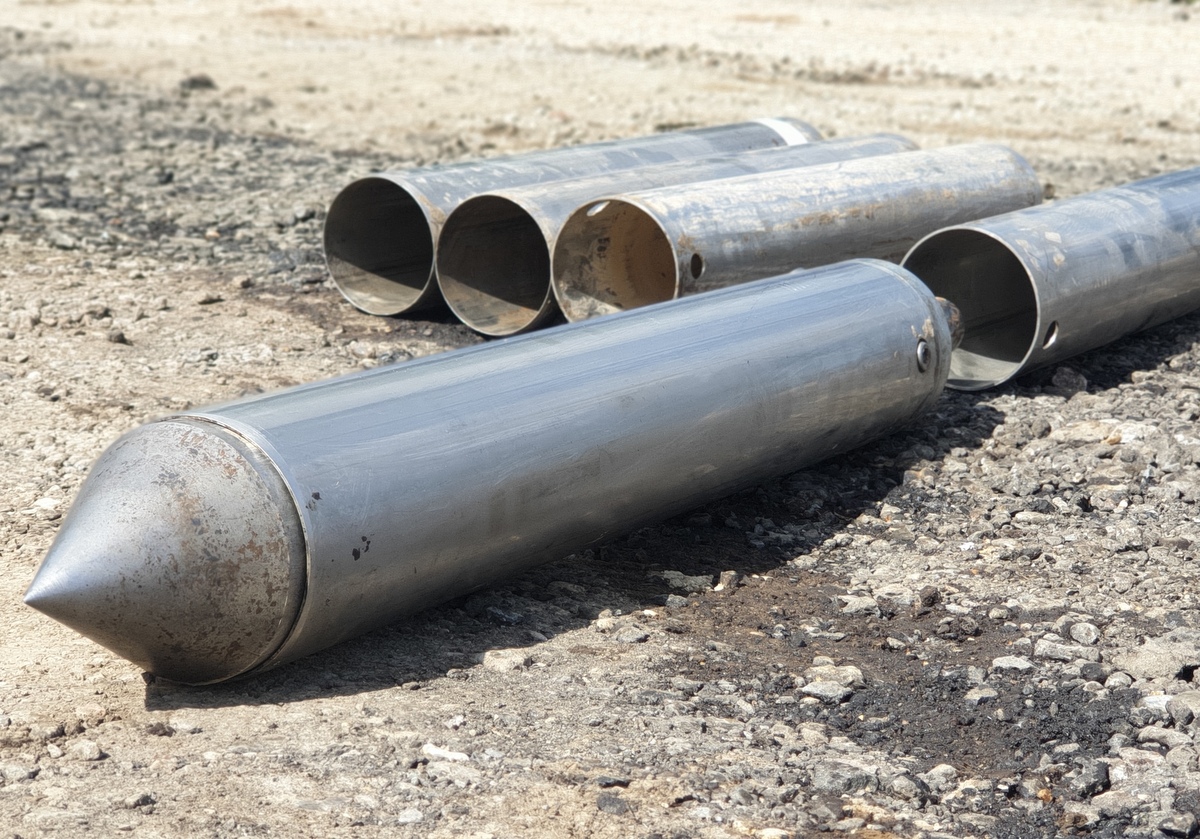 The Shelby sampler uses a conventional Shelby tube which has an internal diameter of 85mm. It is pushed in using a CPT rig with a cone face at the front. When the required depth is reached for the sample, the cone face is released and held at a static position while the Shelby tube is pushed into the ground. The holding of the cone face produces a suction much like a piston sampler. The Shelby tube allows a sample to be taken of 450mm in length.

Compared with the MOSTAP, the Shelby gives a higher quality sample but it does not have a core catcher at the end of it to retain the sample like the MOSTAP does. 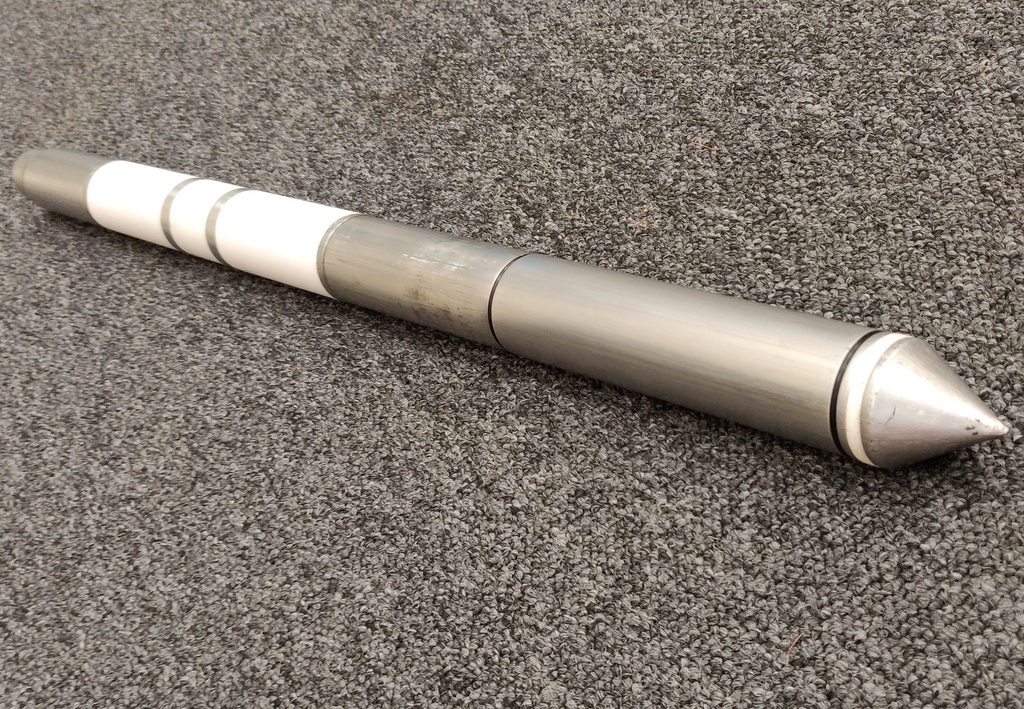 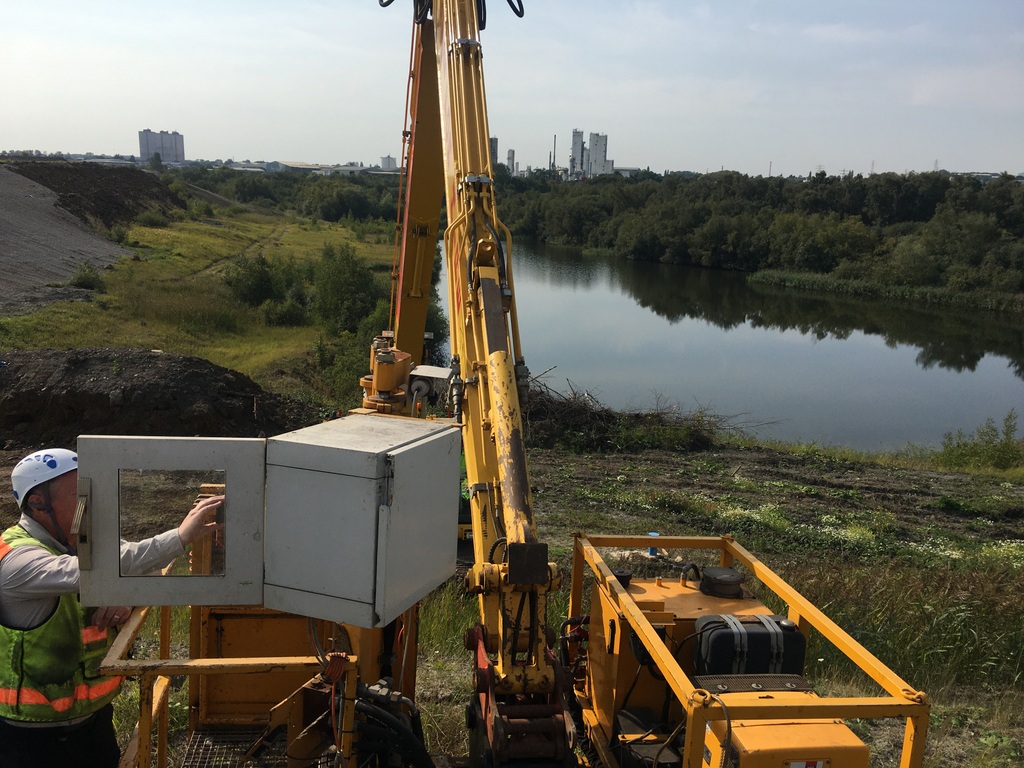 The volumetric percentage of water in soil (Soil Moisture) has become an important consideration in geotechnical and environmental design and is one of the most fundamental factors in influencing soil strength. The Soil Moisture Cone (SMC), provides real-time in-situ data logs of soil moisture and resistivity without sampling; also measuring the standard geotechnical parameters from the attached Piezocone.

The SMC takes advantage of the relationship between the soil dielectric constant and moisture, known as Topp’s Equation. This relationship is not strongly influenced by soil type and resistivity if the dielectric measurement is made above a critical frequency of approximately 30MHz. The inner two electrode rings of the cone determine the soil’s moisture content by measuring the frequency shift of a high frequency excitation signal as it passes through the soil near the surface of the module.

The outer two rings of the four electrodes are used to measure resistivity. An AC voltage signal of constant amplitude is applied across the rings. A voltage measurement, which is proportional to the current through the soil, is made across the sampling resistor. 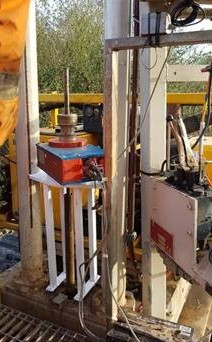 The electrical vane tester (EVT) measures the undrained and remoulded shear strength of clays in situ as well as calculating the layer sensitivity. This model (Eurocode model) has the vane inside a protection shoe during the push and is pressed out from the protection when the measuring level is reached. The vane comes out by 30cm and then standard measuring can be commenced. Once testing has finished, the vane is retracted back into the protection shoe and may continue pushing down to the next level. The main advantage of the EVT is that it is a fully automated reliable system. The standard vane has a rectangular end and measures 65 x 130mm. 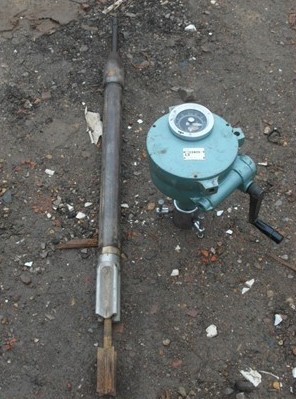 The system is designed to be pushed into the soil using a CPT rig, to reduce the potential soil disturbance associated with drilling. The vane comprises of a number of different parts; the vane itself sits on a number of 1m long inner rods. The inner rods run up inside the 1m long outer rods. At the base of the outer rods is the vane housing shoe in to which the vane is located when being pushed through the ground; finally, at the top of the vane is the calibrated torsion head. 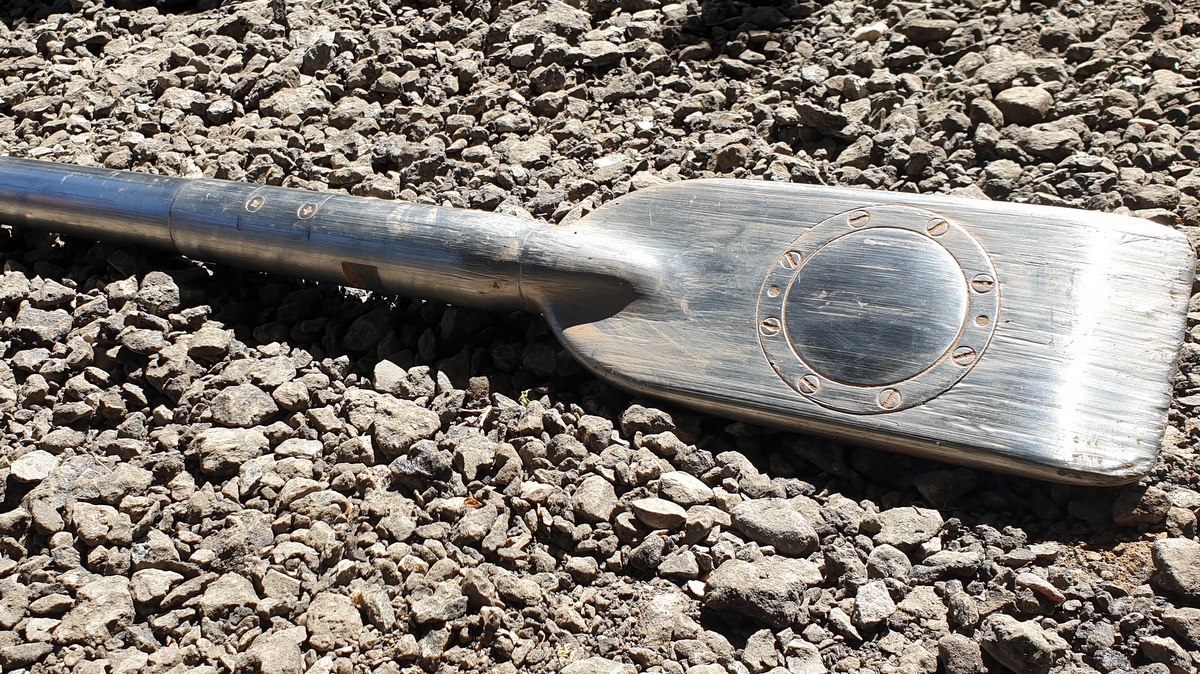 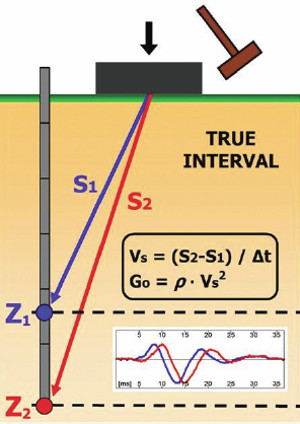 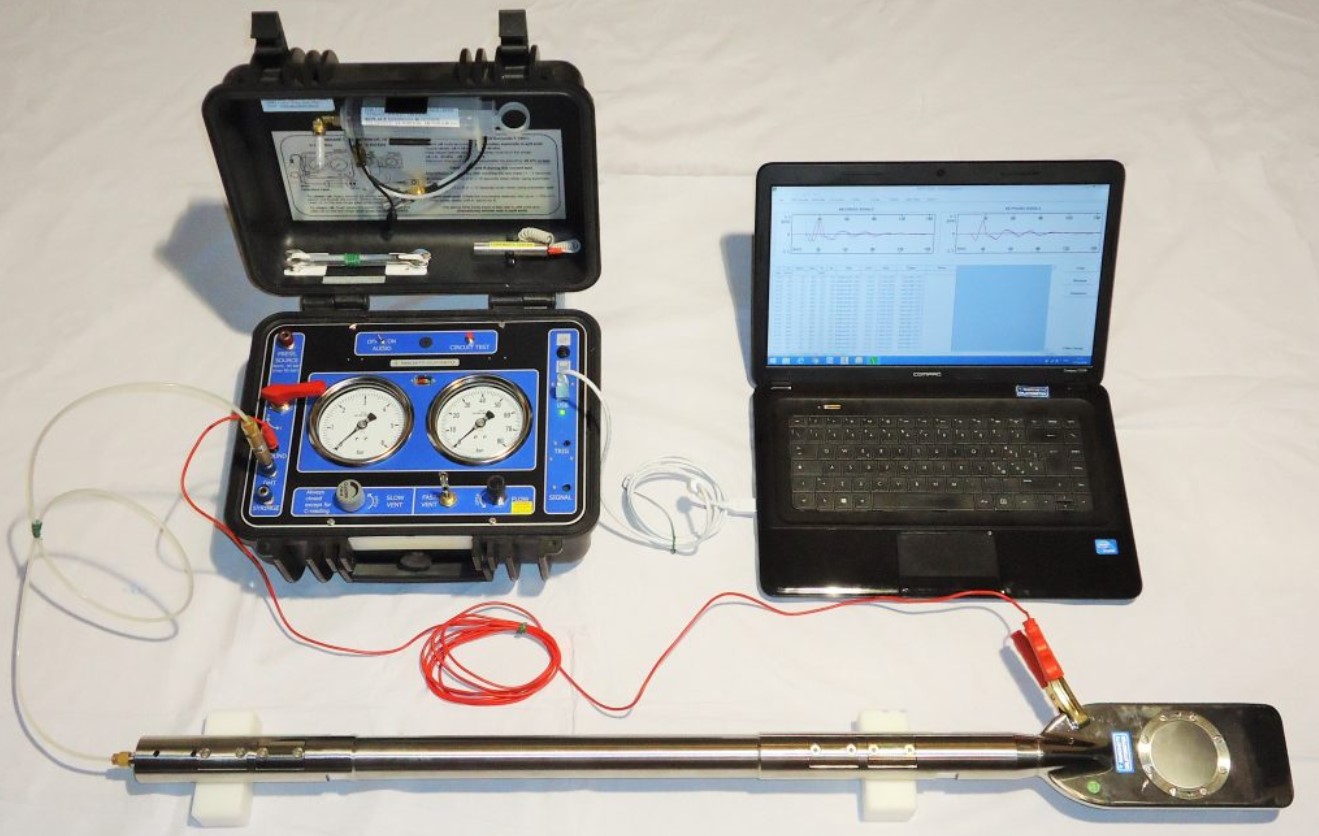 The dilatometer is a tool used to estimate settlement and operative moduli in both sands and clays, and also the shear strength in clay.

A dilatometer test consists of pushing a flat blade located at the end of a series of rods, into the ground. Once at the testing depth, a circular steel membrane located on one side of the blade is expanded horizontally into the soil. The pressure is recorded at specific intervals during the test. The blade is then advanced to the next test depth.

The seismic dilatometer has the added module behind it of duel seismic receivers. The seismic receivers allow the measuring of shear wave velocity (Vs). The seismic source is obtained by a swinging hammer hitting horizontally onto a metal plate. The shear wave velocity is the ratio between the difference of distance between the energy source and the two receivers and the measured delay time of the pulse from the upper to the lower receiver. Vs may be converted into the initial shear modulus G0.

The two measured pressures (p0 and p1) from the dilatometer are used to obtain the three index parameter: 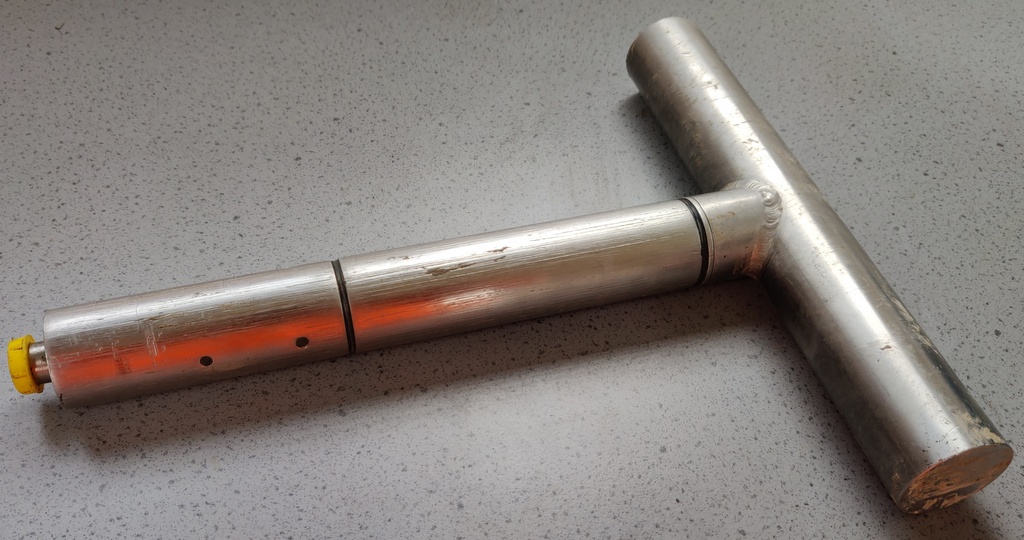 Full-flow penetrometers (Ball Cone and T-bar) are used to measure the undrained shear strength (Su) of low strength cohesive soils. These penetration tests integrate a standard cone penetrometer with a large spherical (Ball Cone) or bar attachment (T-bar) that replaces the standard tip. An advantage of using full-flow penetrometers is that they have higher load cell forces in very soft soils, which improves the data quality as well as being time efficient and cost effective.