In Situ SI recently carried out an overwater riverbed cone penetration testing project (CPT) as part of a Marine ground investigation in Lincolnshire. The work was carried out as part of the planned redevelopment works for the Pumping Station located on the river.

At each test location the CPT unit was lowered to the riverbed from the deck of a spud leg crane barge “The Jade Lift”, allowing the vessel to hold position without moving the CPT unit while each test push was completed. Measured digital data from the cone is transferred through a control umbilical cable to the top side system control cabin on the boat’s deck, allowing real time observation of the ongoing test parameters.

The seabed unit provides a very rapid deployment method allowing multiple CPT tests to be undertaken within a very short period of time. Each test can also be undertaken without the requirement to deploy a static marine platform or pontoon for shallow water and nearshore investigations. 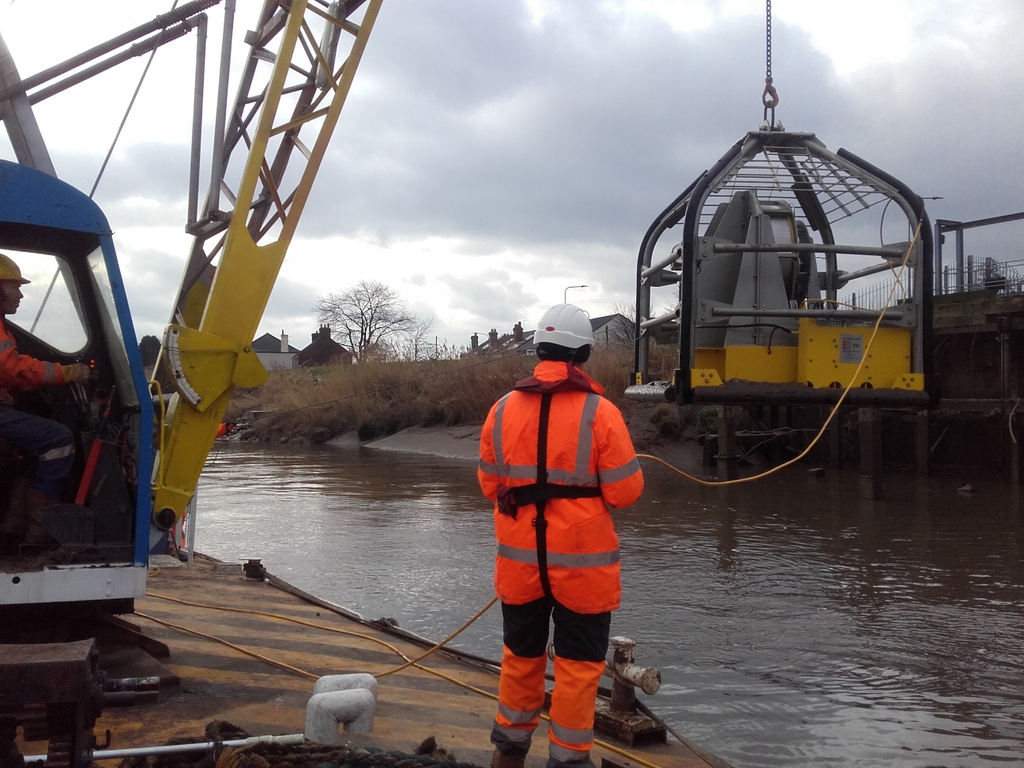 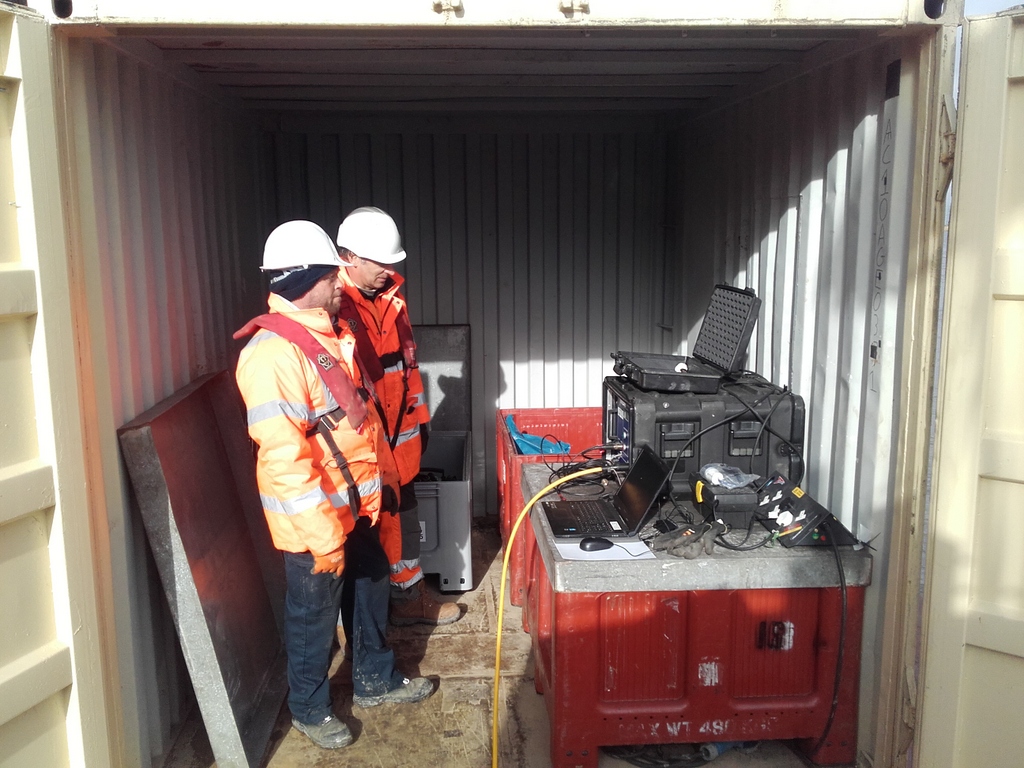