CPTs on Tailings Storage Facilities in the Ukraine

CPTs on Tailings Storage Facilities in the Ukraine

In Situ Site Investigation completed a significant project in the Ukraine. The aim of the project was to understand the structural integrity of the tailings storage facilities’ (TSFs) stability and how well they have drained before they continue to add more material onto them for further iron ore extraction.

We completed a vast array of in situ testing over two phases of investigation which included CPTs with dissipations every 5 meters, MOSTAP samples, vibrating wire piezo installations and seismic tests.

Two days were spent setting up the rams and equipment and making a frame which was welded onto a 60 tonne bulldozer to which our portable CPT rams were attached.

Positions were located across the top perimeter of the TSF and across the western slope to produce a cross section. More CPT locations were spread across farmland to the west of the TSF to understand the geology for the expansion of the site. The CPTs produced an accurate understanding of the material within the TSF.

The site was split between two TSFs with approximately 24-30 CPTs spread across the site. Each TSF was about 6km in length and 1.5 km across at its widest point. It took approximately 1 day to complete 1 CPT because of the dissipation testing and positions were quite far from one another. The CPTs went to about 15-18m in the natural ground and between 40-76m when testing on top of the TSFs – our deepest on land CPTs to date! 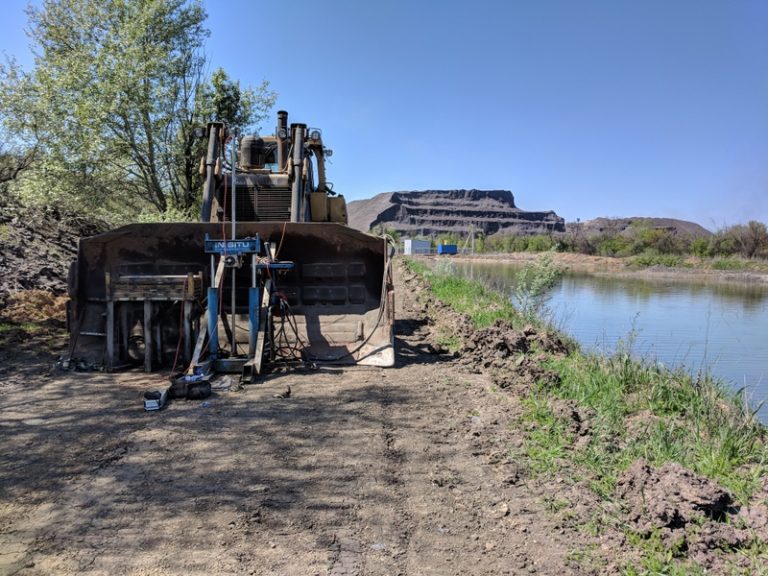 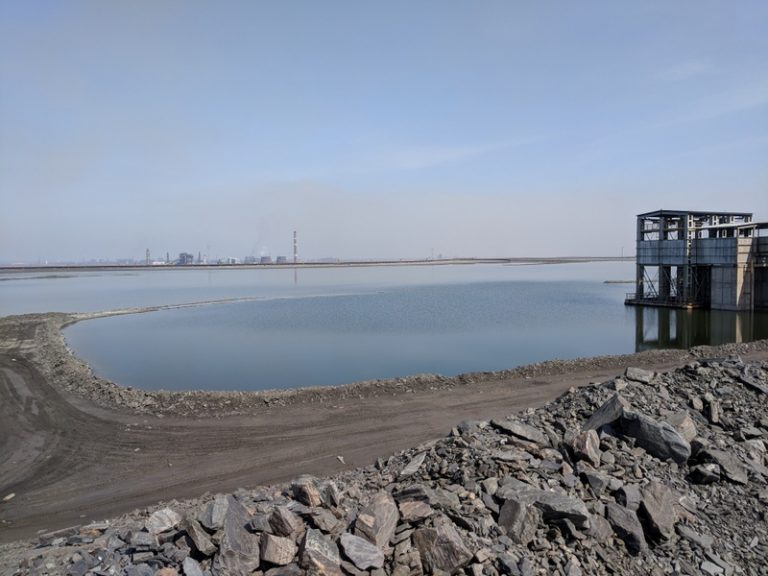