September proved a busy month for us as we undertook one of our most exciting jobs yet! We carried out CPT tests along a proposed cable route in East Anglia.

Firstly, we completed a portion of the work on land using our crawler mounted rig. This was utilised with our own beavertail lorry as locations were in different fields spread along the route of the cable. The crawler rig was needed due to the different ground conditions of the testing carried out.

The second stage showed the cable was to cross two rivers. The first river was too shallow to get a full jackup on the location. A pontoon system was therefore used in order to utilise our mini track rig which enabled us to carry out the tests at low tide when the pontoon was resting on the mud.

The final CPT tests were undertaken in a deeper river where a full jackup platform could be utilised; we used our over water rams and power pack system to complete the tests successfully.

The tests showed the ground conditions to be a mixture of chalk, clay and sand. Most tests went down to 20 metres but some went to 30 metres due to weathered chalk in some locations. 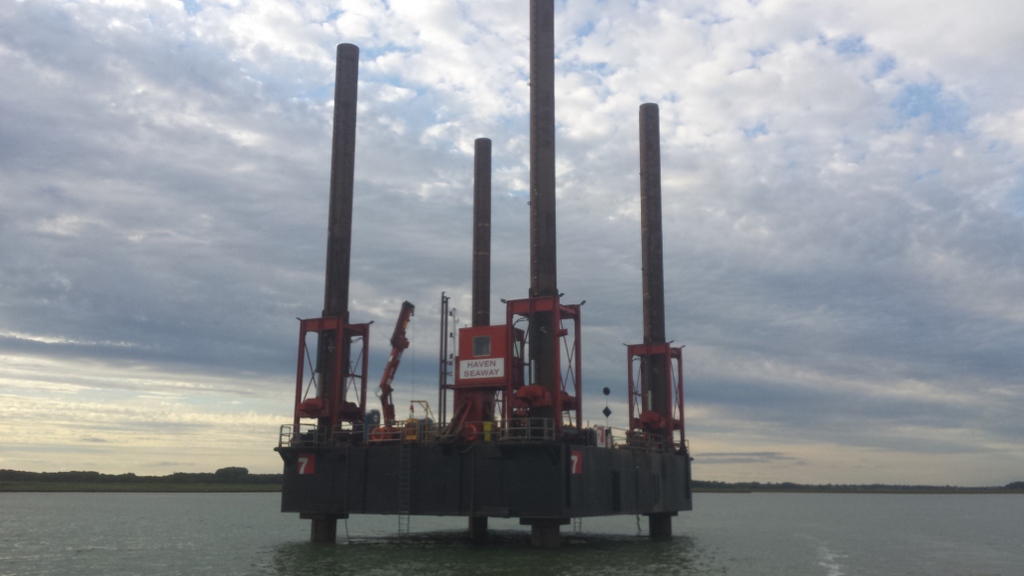 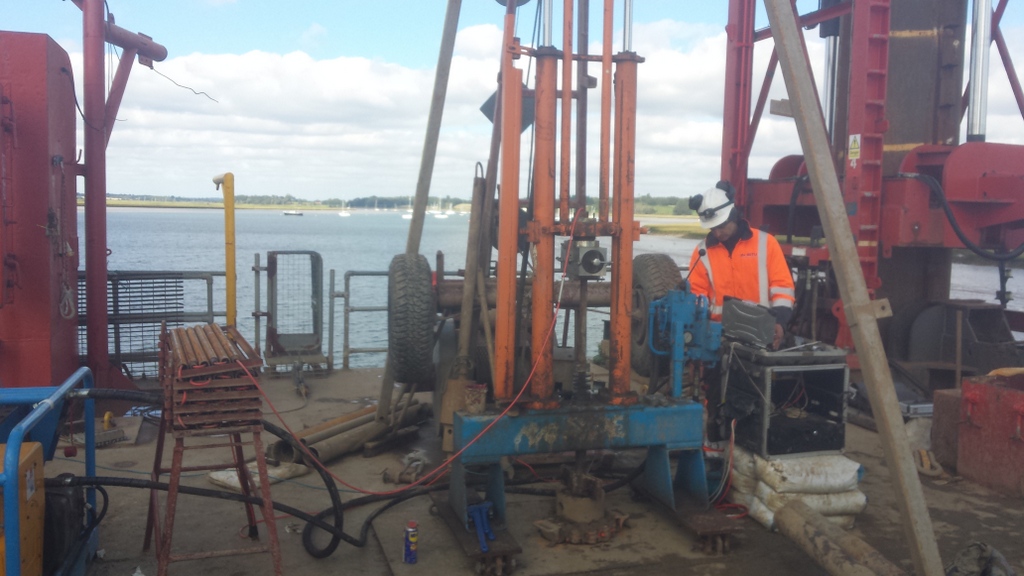