A Brief Guide to CPT

A Brief Guide to CPT

The Cone Penetration Test (CPT) is an instrumented cone that is pushed into the ground at a constant rate on the end of a series of push rods which are added in 1m lengths.  The cone has a number of strain gauges mounted on it and measures the resistance to penetration (qc), the friction around the sleeve part of the cone (fs) and the pore pressure (u2).

Schematic diagram of stresses acting upon a cone

The cone is pushed in using a set of hydraulic rams attached to a reaction weight.  Normally this comes in the form of a 20 tonne truck or smaller vehicles depending on the ground condition requirements and even underwater. 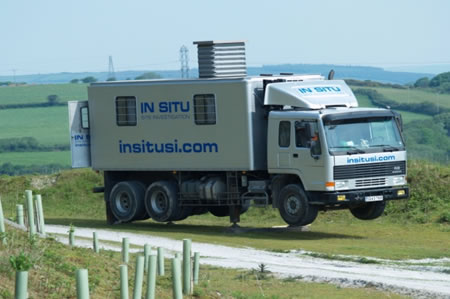 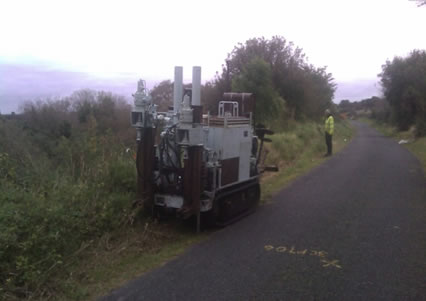 The results are taken at least every 2cm electronically and displayed in real time on the computer screen.  The results can be used for direct geotechnical design and can also be used for deriving other soil parameters such as shear strength, SPT N Values, relative density and many others. 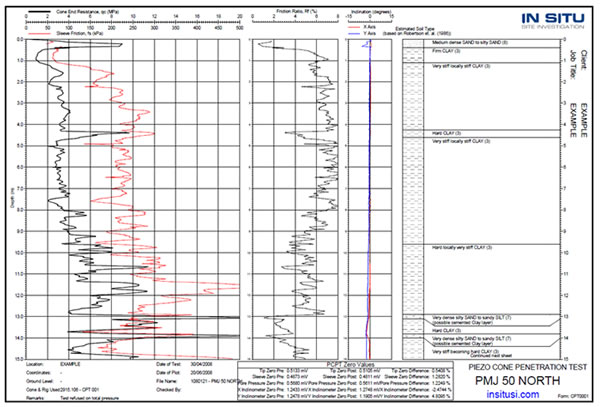 In addition to the standard CPT you can also carry out other modules such as a seismic module, a video cone or a contamination module.  You can also use the system for sampling or for installing monitoring. 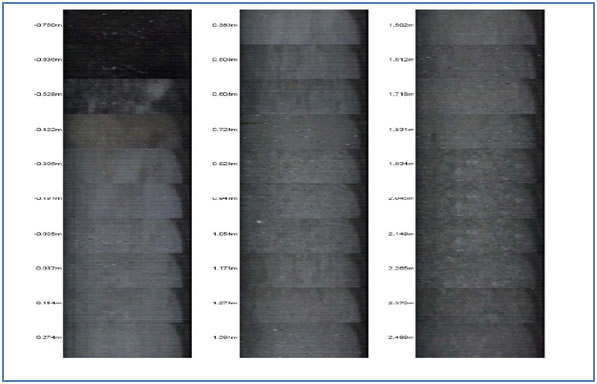 Video Cone Log, still images taken from a videocone test carried out through a mine tailings lake.

The CPT is a fast and repeatable site investigation technique and is used routinely across the world both onshore and offshore.  It is able to achieve between 100 and 150 meters of testing in a day on land depending on the site.  The main disadvantage of the technique is that it cannot push through very dense material and rock.